Oda Brekke is a dancer and performer. She holds a BA in Dance from DOCH, Stockholm University of the Arts. Her main concern is to speculate in and around the experience and knowledge emerging in her ongoing dance practice. She is particularly curious of how the audience can be invited into the perceptual storm of information she experiences when dancing. Questioning how meaning production can be altered by attending actions and perception differently is a point of departure when she works.

Oda is currently performing in Ellen Söderhult’s piece How to do things with romance and collaborating with Maia Means in the making of a piece called On top of things. She is also a co-initiator and board member in the newly founded organization INSISTER SPACE, which aims to create a collective working context for performers and dance artists.

As a dancer Oda has worked with choreographers such as Miguel Gutierrez, Benoit Lachambre, Sidney Leoni, Isabelle Schad, Mira Mutka, Marianne Baillot, Ida Sidenvall and Felix Ott, she has performed Set and Reset/Reset by Trisha Brown Company, and has experience from ESC youth company in Bergen.

On top of things

Oda Brekke and Maia Means are currently collaborating on making a performance called on top of things. They explore the dynamics of two’s, possible simplifications of complex stuff and the act of observing. 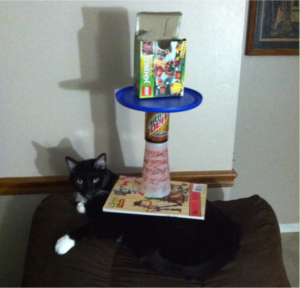 Performers are on top of things. The weight of bodies breaks objects. Or objects change the form of the body. Glass crack, muscles give in. Or tension builds to hold a stacked moment – until it falls. A word is stacked on top. The meaning changes. A description, a feeling, a sense. Stacking things shapes and changes each entity. It creates new bodies. Time is passing, short and long. There is a person on an object. There is attention on the performer. There is language on an action. One thing on top of another. 1+1=2.

Created and performed by Oda Brekke 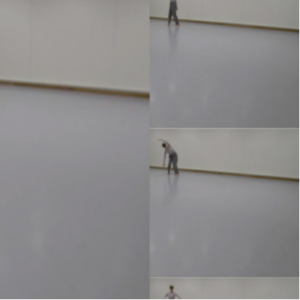 WHEREABOUTS takes place in a white studio space, a room made to be a neutral background, a room aiming to make other things than itself visible. The performance is a meeting between the square room, the dancer in the corner and the audience on a line by the wall. Through the action of paying attention the performer proposes a very attentive mode of listening. The sound of the ventilation system, a car driving by outside, or an audience member rearranging on their chair is rendered visible as movement in the room. In a slow pace she invites the audience to perceive her in the act of perception. She explores the experience and meaning of forms, positions and places. She invites the audience to observe her body at work, continuously negotiating, resisting and giving in to forces presently working in and on her body. A play within her material body, its relation to the rubber floor underneath and the air surrounding her unfolds. Slow and repetitive actions assiduously address movement, not as something carried out by the dancer, but as operations in-between all which is there. Through time the piece allow the audience to drift away and come back to a space that is constantly shifting and rearranging. The audience is invited to linger and dwell as the performer blends into the room. Everyone and everything within the rooms limits are included in this dance – taking place– as it slowly unfolds and make visible its very specific, yet undefined logic.

The performance WHEREABOUTS was a product of Oda’s degree project at DOCH, a 5 month research period where she was busy articulating experiences of dancing and the problems related to working with movement as material in artistic practice. The performance was presented in relation to the essay What the dance did to me as I was doing it (see texts).

A duett by and with Frederike Doffin and Oda Brekke, Performed at HZT, Berlin 2016 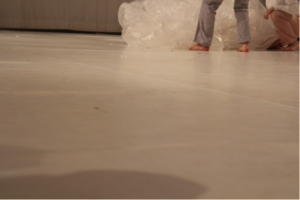 A solo created and performed by Oda Brekke, DOCH, Stockholm 2015 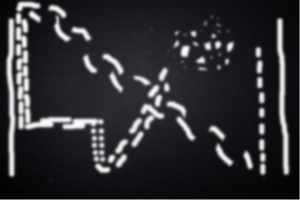 PDF: What the dance did to me as I was doing it – Degree project Oda Brekke
odabre@gmail.com